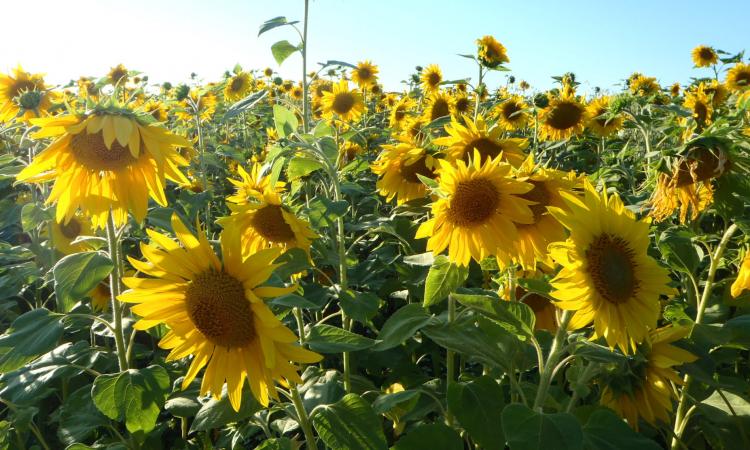 Every litre of petroleum that is burned unnecessarily is one litre to much. For a few years now we try to use as little fossil energy as possible. Now, we are run our bus and 4 tractors with plant-based oil, that we partly press by ourselves and purchase the other part. The goal is to cultivate enough plants in the future to produce the full amount of oil that is needed. This year we are growing hemp which will be also used to press oil out of its kernels. Hemp is more or less easy to handle and is growing really well in our soils without a lot of effort. Even Henry Ford designed a car 100 years ago that was using hemp fibre for construction and hempseed oil as energy source.

Since 2013 we have been using biomass-based heating system, for that we use wood that is left from felled trees as well as general tree and bush cuttings. Sine, June 2018 our first photovoltaic system with 15 KW power production was installed that functions as an energy source for our cooling system, the oil press and the power for the house of our employees. Moreover, there is a second system installed and running on the cottage in the next street that is currently being renovated. Soo there will be a bigger system on top of our main building after the roof was renewed. This system will provide the rest of the farm with energy. Summing it up we are trying as much as we can to save as much energy as we can and live sustainable.